Life @ Cohesity
Bart Abicht on Allyship as a Moral Imperative 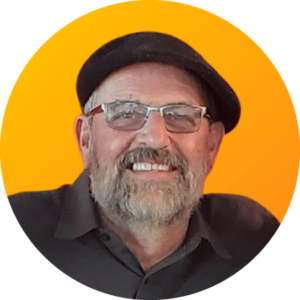 The Life @ Cohesity blog series shines a light on the various ways Cohesians—the nickname for our wonderful people here at Cohesity—foster community, lead by example, and live out our RADIO values in the work that they do both inside and outside of their #LifeAtCohesity.

In celebration of Pride Month, we’re looking at allyship and what it means here at Cohesity among our Cohesians. In this edition, we hear from Bart Abicht, Staff Designer, about his thoughts on allyship—how it’s nurtured, and how to give the people you’re supporting their own space when necessary.

Can you introduce yourself?

My name is Bart Abicht, and I originally come from Belgium. I came to Cohesity about three and a half years ago, in 2018, as a contractor. In my first Cohesity role, I worked as the technology editor in the TME group.

While editing and writing about 100 tech guides, I worked closely with many different groups—Tech Pubs, Marketing, Product Management, developers on various squads, and, of course, the UX team on product design! We had many conversations about the language in our UI and how our design looks, functions, and evolves over time, as well as the many ways we could continue to make it better. Last year, I was invited to join the UX team full-time, which is how I became a designer at Cohesity. At 57, after a 30-plus year career in technical writing and editing, I was able to switch careers and take on new challenges, while still lending my decades of experience working with language in the software biz. This new role brings me one step closer to the user, where I’m able to work on the language and the design from within. 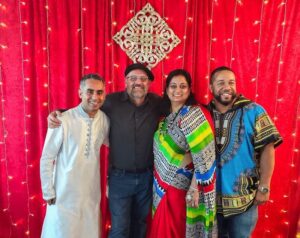 What do you love most about your role here?

I love working with design, but also getting to see the whole user experience. I have the opportunity to hone my eye, not just from a customer obsession perspective, but also their delight. I love the fact that the design group at Cohesity is so keenly aware of modern trends in design and find increasingly creative ways to apply them to the software. 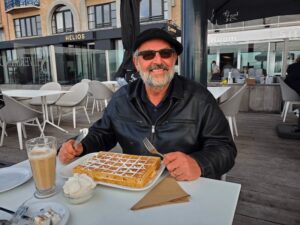 I love sitting in cafes with friends drinking coffee in the afternoon and talking for hours with nowhere to go. I love listening to music and going dancing. I also love working with the pets that we have in our little backyard farm here in Santa Cruz.

What kind of animals?

We have three cats, two dogs, a rabbit, three hens, and a duck.

Of course, traveling! I enjoy visiting my family in Belgium, and then my wife’s side of the family who lives in Serbia. My father has a place in southern France, where he and his wife spend half the year. We often go to southern France when traveling to Serbia and Belgium. We love discovering and exploring new regions, the architecture, the landscapes, and the history of southern France, the centuries of conflict between the Huguenots and the Catholics, who live in neighboring villages to this day.

Are you a part of the DEI Council? How did you get involved?

Yes! I was invited to join the Diversity, Equity, and Inclusion council by a former Cohesian, Vineet. I think I was on Vineet’s radar because of my enthusiasm about the people at Cohesity. I have always been very impressed with how, at Cohesity, people interact with one another. That people are more interested in lifting one another up than in stepping over each other. 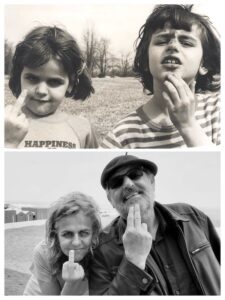 Why did allyship become so important to you?

I was raised by progressive Europeans in the US, in a college town in Ohio called Yellow Springs, home of Antioch College. The town and the college have a deep history of liberalism and have played a role in many of the liberation movements in this country, including as part of the Underground Railroad. Inside our home, it was the same story—my parents were activists, at work and at home. My mom was really involved in the US women’s movement of the late sixties and seventies. That meant I was raised with stories of liberation—among them, quite literally (and unironically) Stories for Liberated Children, a feature of the then-new Ms. magazine. On all sorts of issues, there was sort of a left-wing, progressive tradition of solidarity that my family adhered to. The civil rights movement, the anti-war movement, and the women’s movement were all defining, ongoing themes of my childhood.

What does allyship mean to you?

For me, my allyship comes from the tradition of solidarity I was raised in. I feel a sense of duty and obligation, an impulse to make something better for others. I think one of the marchers in yesterday’s NY Pride parade said it really well, “Love and joy are the only things that can overcome hate.” (via NPR)

How has this tradition of solidarity and allyship affected the way you raise your daughter?

I’ve tried to raise my daughter without a sense of moralistic judgment. Not no morals, mind you, but I hate to tell her that “this [something] is inherently right, or wrong.” She can make her own judgments. For example, when she was in 6th grade, she was curious to go to church with an Evangelical friend who invited her. I said sure, by all means, you should do it, you should go check it out, see if it works for you. When she was really young, I used to explain to her that there are many cultures around the world, and like languages, each culture has its own idea about faith. Each has its own belief system—whether we adopt any given belief system or not, we can always gain wisdom from learning more about those beliefs, and the people who hold them.

It was important for me to instill in her openness towards others. Not only celebrating our own culture—her Californian/American, Belgian, and Serbian roots—but also allyship and solidarity with others.

What have you learned about being an ally?

That it’s super important to set aside our defensive impulses. To be able to create enough space and stillness to hear other perspectives. And that’s a lifelong, challenging journey for any one of us.

Also, that language is constantly changing. It’s important to keep in mind that if a new way of describing someone’s experience arises, one that more accurately reflects who they are, or who they want to be, it’s important as an ally to take their cue. To listen and take the right action. I don’t care how many letters they add to LGBTQIA+, let’s honor everybody.

Allyship here is about being open to asking and fielding uncomfortable questions.

For example, I reached out to the Black Cohesity network at one point. I wanted to be an ally to them, but I didn’t want to barge in on a group that was meant to be a safe space for Black Cohesians alone, a place to talk without allies around. I just put it on the table, saying, you know if you want me to be here as an ally, great. If you need the space without me, however, or if there are moments when you want that, let me know. Please don’t hesitate. Part of allyship is knowing when to step up, and when to take a step back.

Best piece of advice for someone wanting to be an ally?

Listen, listen some more, then engage. Raise and field challenging, uncomfortable questions without being defensive. And above all, be as present and kind as you can humanly be, with everyone.