Parker Harger On Making Every Day So Good! 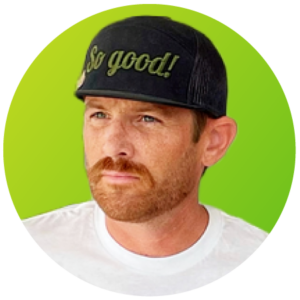 Veterans Day, celebrated in the United States every November 11, is a chance to honor those who served in the U.S. military. Cohesity is proud of our military veterans; they’re our salespeople, our technicians, and our marketers. To celebrate Veterans Day, we talked to Parker Harger, one of our proud veterans, about his role at Cohesity, his military service, and all the great work he’s doing with his non-profit So Good!

How long have you been at Cohesity, and where are you based?

I’ve been at Cohesity for about a year and a half. I work in sales, and I am based out of Boise, Idaho.

How did you find out about Cohesity, and what made you decide to join?

I worked for a reseller as a data center architect, where I handled large data center implementations for customers all over the Northwest, including storage and network deployments, virtualization, and computer deployments. I had a list of companies I would partner with around mitigating data disasters for customers and Cohesity was one of them. I never really wanted to leave my reseller job—I’d worked there for almost ten years—but I ended up getting to a place where I felt I’d done everything there.

I worked with a guy named Brian Shepherd at CompuNet, who knew a manager at Cohesity named Nathan Thomas. Nathan had also worked with CompuNet, and when he heard I wanted to make a move through Brian, he contacted me and asked if I was interested in working in Sales. I explained that I wasn’t a salesperson. I was an IT guy! But he said I would love it, so we agreed that if he gave me a chance, I’d give it a try.

I love the move I made into Sales. I get to bring my authentic self, 150% to the job. I get to do some of my own setups and implementations. Really, I get to do as much as I want to make the sale happen.

What keeps you here at Cohesity? 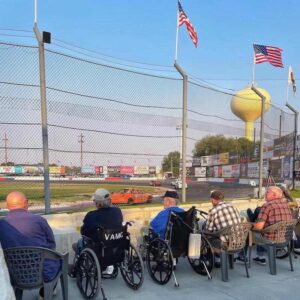 The people. Everyone I interact with is so team focused. There are no super egos on the sales team. We’re all about selling with integrity, and doing the right thing for the customer and the business.

Can you tell us about your military career?

After high school, I really wanted to join the Air Force, but after going down to the recruiting office, and meeting a Marine recruiter, he sold me on all the reasons to join the Marine Corps.

I was in for eight years—five years active and three in the reserves. I had a blast. I was with a harrier squadron, which is a type of jet that takes off and lands vertically working on the guidance systems. There was a project that needed someone working on top-floor infrastructure, and I was given a shot. That was how I got into storage systems and backups and real big infrastructure systems.

So your military experience really fed into what you do today?

Yes, but you also have to consider all the other things the Marines stand for: integrity, dedication, volunteering, and showing up on time. They really prepared me for this role.

Finally, what does Veterans Day mean to you?

It’s about honoring a group of people who gave back to our country. Many served at times when it was unpopular to do so. Now is an opportunity to show empathy, think of the things they went through, and appreciate them as people.

Why did you start your non-profit, “So Good!”? 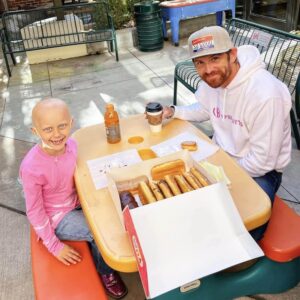 In 2015, my dad called me to say he wasn’t feeling well. He was 58 at the time, and it turned out that he had a very aggressive brain tumor, and within a few months he passed away. This got me thinking about life. My father had saved all his money and done the right things, and in a matter of months, he was gone. When I went to his funeral, the place was filled with people who remembered him for changing a tire, or loaning them $50, or for his volunteer work, and it made me realize he was worth so much more than he was on paper.

On October 1, 2017, I happened to be in Las Vegas the night the mass shooting occurred. We were planning on going to the concert where the shooting took place, but I was with a friend who wasn’t interested in the music, so we went out to eat first instead of catching the entire concert. After dinner, we were walking along the strip, and we ended up with all the people fleeing the shooting. Being in the military is one thing, but experiencing gun violence as a civilian was another. Running around trying to help people, donating blood—it totally changed my life.

When I got back to Idaho, no one had shared this experience, and I felt alone. I couldn’t function like I had before. This, along with my dad passing away, had me trying to find new perspectives. I started focusing on the present, what was right in front of me. If I saw someone in the elevator, I’d stop and talk to them. Nothing was more important than a single day, a single interaction, and how that could affect someone’s life.

What was the next step?

When COVID came along, I saw the division it was creating in the community. I wanted to find a way to create common ground. So, I started selling the So Good! t-shirts and giving whatever money that was left over after costs to people I knew who had lost their jobs. It was a small step towards giving back and healing the community.

How did your work with veterans begin? 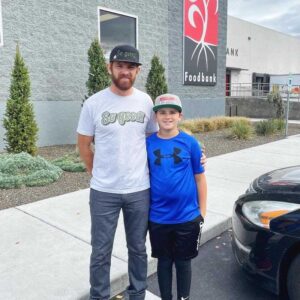 There’s a large Veteran Affiar’s rest home here in Boise with 275 residents. About a third of them can come and go as they please. Then, there’s another third that’s bed bound, and another third in wheelchairs. I’d visit them sometimes to say hi or play cards, but during COVID, I couldn’t see them anymore. Being IT-minded, I thought maybe we could do Zoom calls with them. However, many of the vets didn’t know how to work the technology, or hold the tablet. So, I bought carts that we could put televisions on with a bluetooth speaker. These carts could be rolled into the vets room with no need to learn the technology. That way we could talk with them, and they could communicate better with their family and friends.

Now that COVID rules have loosened a bit, I’m now able to visit the VA. I use this opportunity to take some of the vets out to sporting events. For some of them it’s the first time out in years.

What other initiatives has So Good! started?

My kids were being taught at home due to COVID. I felt that the teachers—along with health care professionals and first responders—were having a really rough time. A friend called me up who had a food truck and told me how tough it was on his business too. That got me thinking. Could we do free lunches for teachers at the school?

So, I started hiring out my friend’s food truck with whatever money I had left over from my paycheck at the end of the month and sent the food truck around to the school. This is something we also started doing once a month with coffee trucks for healthcare staff.

We’re just trying to be a force for good. We’re simply trying to give back.

How can people find more information and buy shirts and hats to support?