Life @ Cohesity | Lili Emerson on Finding Confidence in What You Sell 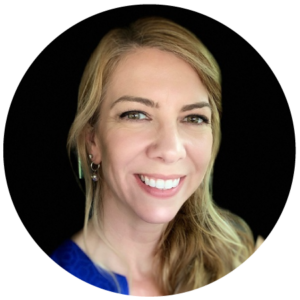 The Life @ Cohesity blog series shines a light on the various ways Cohesians—the nickname for our wonderful people here at Cohesity—foster community, lead by example, and live out our RADIO values in the work that they do both inside and outside of their #LifeAtCohesity.

In this edition we talk with Lili Emerson, Senior Account Executive, about her amazing career path into sales, being a woman in male-dominated industry, and what drew her to work at Cohesity.

Can you long have you been with Cohesity?

I’m a Senior Account Executive, and I’ve been with Cohesity since August of 2019.

How did you end up in Sales?

When I was 20 years old, I was working on my Associates degree. At the same time, I started working at Dell EMC as a sales admin. I wasn’t much interested in storage, but I took an interest in what the team was doing, and over time it became my aspiration to become a sales executive, and I decided to change my major from Criminology to Computer Information Systems, which Dell EMC financed. While doing all this I decided to start a family. It took me a little longer to get my degree, but I finally did it.

I took a job within Dell EMC after graduating that moved me from Fort Lauderdale to Atlanta. I was there for about ten years, and my hope was to still be a system engineer. I found that coming from a sales admin start, it was difficult to make a leap into a more professional role. I had the feeling sometimes that being in an IT environment, where there aren’t a lot of women, was holding me back.

So after 12 years, I moved from Dell EMC to a new job at NetApp, where I was put in professional services doing deployments for customers. I did that for about four years, until an opportunity to become a systems engineer came along! After all that, I soon realized that the role wasn’t for me. It just didn’t match my personality. We sold hardware at the end of the day, and what I was really interested in was software.

My goal became to be in sales, to be in front of the customer. Two years later, the leadership at NetApp decided to give me a chance in that sales role, and here I am at Cohesity, years later.

What challenges did you face as a woman in that role?

I felt I had to work three to four times harder than my male peers, which made it hard to build confidence. Being a woman in the technical space—and maybe this was of the times because things are slowly changing as we bring more women in the technical space — sometimes I would give a whole presentation, and the audience would ask the male rep all the questions. It was very frustrating.

How did you find the confidence to move roles?

That’s a great question, because I think a lot of women have a tendency of talking themselves out of opportunities. You have to be bold to make big changes! I think there’s a tendency to feel we’re not good enough in a male-dominated space. For me, I had a plan and I stuck to it. It was challenging. Walking away from professional services, a job I knew, into something else was beyond scary. There were meetings after the move to a new role where there was so much information I didn’t think I could keep up. Eventually it all worked out though, and for me, I feel gender was not a factor. What was a factor was my mindset. If you believe you’re stuck, you are.

What was your experience like moving into Sales? Did it come naturally to you?

Once I had the knowledge and felt comfortable with the technology, the transition didn’t feel that difficult. There was one roadblock: the belief that system engineers don’t make good sales reps. I didn’t believe it. But the transition felt natural. I fit in well, and it’s the best decision I ever made.

Why did you decide to join Cohesity? Why was the opportunity exciting for you?

The honest answer? I wanted the opportunity in my career where I could jump in and make more money. I started fairly late in life—I was already 18 years into a career before I made the jump into sales. The more I learned about Cohesity, the more interested I became. Backup is top of mind for so many people out there. It’s a problem solver for so many businesses. As a sales representative, I love being a part of that solution for customers. We have a really great product, and that makes me excited.

The thing that I love the most about the culture here is that we love to win. I think everybody here shares a common interest and a common desire to succeed. When we’re working on an opportunity, I never feel like I’m lost on an island. We have all of these really, really awesome resources here, and everybody is willing to drop what they’re doing or make time for you to help. We work together, and we celebrate together.

Have you ever faced any challenges here? Being a woman in sales, or making time for your family?

On any given day there are challenges, but Cohesity allows me to have a balance. There’s a lot of flexibility at Cohesity, I can participate in my children growing up, and that’s very special.

What advice would you give to someone who’s on the fence about joining Cohesity?

We move fast, so you need to have a passion and a fire within to succeed. But we have the best technology. We’re relevant. Data protection is the very last line of defense for customers, and organizations need something to rely on. We’re that. You know what you’re positioning, what you’re representing, and that’s something that’s so key to feeling confident in doing your job. I build pretty tight relationships with my customers. Our product makes it easy for them, and they trust us, which makes it really easy to be here.